We all know those medium distance bunker shots can kill your golf score. There is a real trick to mastering these shots, so I got Bill McKinney to put those secrets on tape so you no longer have to suffer a bogey or worse when you find yourself in a bunker that’s 50 or so yards from the green.

As you can see in the video you can’t use your normal “green-side bunker” golf swing, or your normal “fairway bunker” swing on these medium distance bunker shots. They just won’t work.

This means you probably won’t be using a sand wedge or lob wedge. In the video Bill is using a gap wedge. You can easily hit a 50 yard shot with a half swing with a gap wedge. If you use a sand or lob wedge you will need to swing much harder increasing the chances of a miss-hit.

Using a half swing allows you to be very relaxed and methodical focusing on not hitting the shot fat, instead of worrying about swinging hard enough to get the ball to the green. You will also want to line up with the ball in the middle of your stance and choke down a bit on whatever golf club you choose.

The other key to hitting this golf shot is not hitting behind the ball. Unlike a green-side bunker shot (one that’s right next to the green) you don’t want to hit the sand first. If you do the ball will never make it to the green. Instead you want a nice clean shot where you strike the ball first, then the sand.

A great way to avoid hitting behind the ball is to focus on the top of the ball or the top front of that ball as you swing.

As always you want to keep your hands ahead of the ball through impact.

This site uses Akismet to reduce spam. Learn how your comment data is processed. 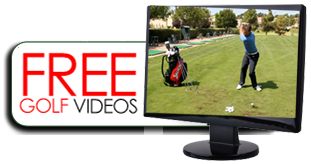 I respect your privacy. I will never sell
or share your email address. Please note
you may opt out of receiving further email
messages at anytime. Individual results may
vary, the level of success attained depends
on your abilities, skill level and actual
time devoted to practicing the techniques.

"I've made it my mission in life to provide golfers -- especially high handicappers -- the BEST information they can get to quickly start hitting with more power, authority and confidence for gorgeous long drives!" 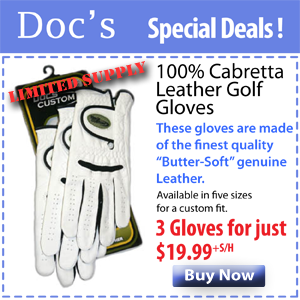